Whoever chose this card cared about me.

They cared enough to choose an extremely meaningful picture for me on the birthday card. They didn’t have to do that.

The bithday card was not this year, my 39th birthday.

With the dates written, it would have to be my 37th or 38th. If I’m doing the math right.

Things were already hitting the fan in a huge way at that point. I was being hurt by some of the same people who signed the card.

Reading it was like reading a postcard from a universe I barely remember.

A universe that was already disappearing by the time the card came.

But there was a time, if I was hospitalized, Howard would take extra time to visit me in the hospital and help me get better and go home, and help me with the transition home, and give extra help to keep me out of the hospital, and extra help to make up for the fact that you never go home healthy and often need some extra support.

There was a time when they didn’t treat my second mom like she’s made of poison. To the point they won’t allow my caregivers in the same house as her for longer than 5 minutes, and have gone to great lengths to lie in order to avoid having to deal with her, because she complained about their medical neglect and they never forgave her.

But there was a time.

There was a time when some people tried to help me. Even case managers.

There was a time when things mostly worked.

There was a time when people’s efforts to help me were not thwarted by the office people at every turn.

There was a time when many people in the office were actually helping me.

The system was never good.

This card was signed by seven people.

They didn’t have to get me a card.

They were being nice. They were treating me like a human. Some of the time. 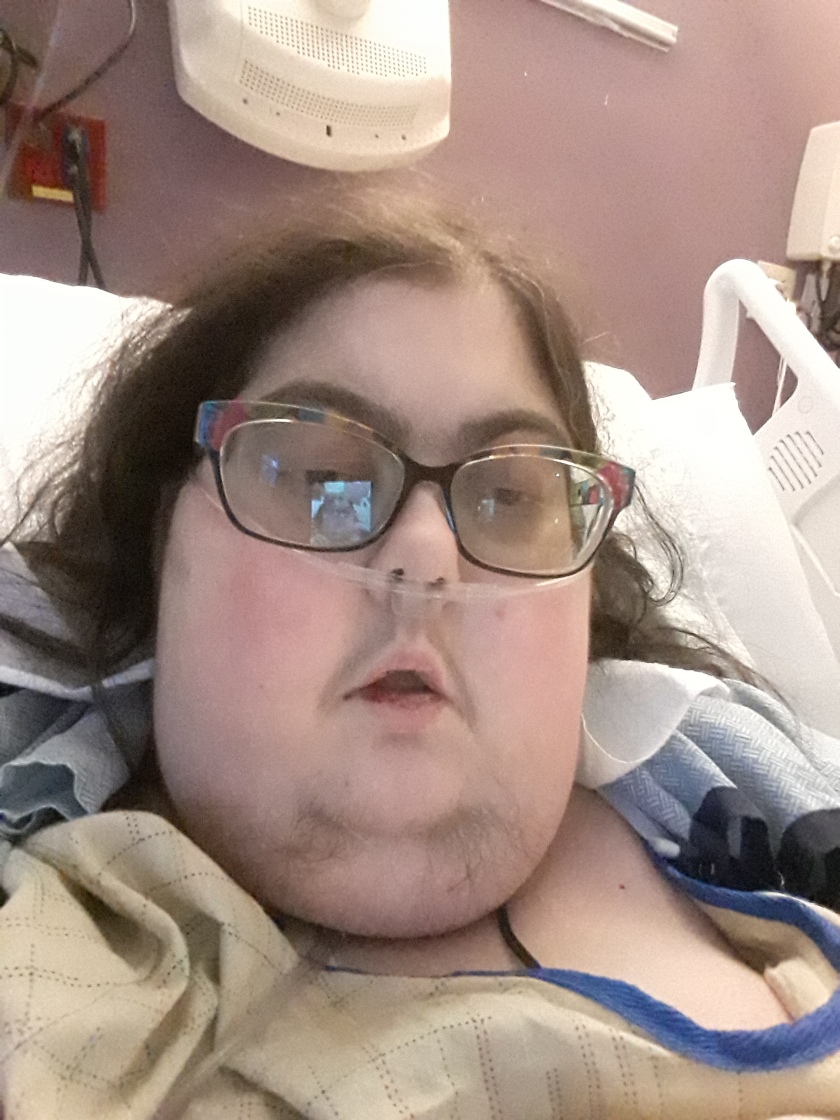 I got into the hospital in part by doing what everyone else told me to do. I got stress fractures in my spine. They got worse. I got all of this by doing physical work other people thought was important to proving my motivation or demonstrating independence. They took advantage of my pride in my work and other things to make me easier to persuade. But the end result was I broke my back twice.

I made a promise to myself I wouldn’t do that again. I wouldn’t listen to other people’s ideas of what I should do if it conflicted with what my body could tolerate. It doesn’t matter who they are or what their motivations.

If you can’t tell by now that I have a ton of motivation, nothing I say or do will convince you.

I don’t have to explain. Because I can’t always explain. And because most of the time people are looking less for explanations and more for things to argue with. Again if you don’t believe me by now that I know my limits, nothing I do will convince you.

Also it’s pretty condescending for all these other people to decide for me what I ought to be doing. There’s plenty I want to learn. So far, I’ve had to fight to get taught any of it. But when others decide I need to learn something, I’d better. This shows no respect for my choices and my body.

I’ve been living in this body for a long time. I have:

It’s difficult to understand these things and more put together at the best of times. I may not be a doctor or nurse but I know when something is taxing too many abilities, when something hurts, when something seems wrong or dangerous. I’ve learned most of it the hard way. I have an extreme tendency towards overdoing things and to push me harder in that direction can put my health and life in danger. Yes, even if what you’re asking me to do feels minor. Little things add up, and what looks little to you may be huge to me for reasons you’ve never even considered.

If everything I’ve said and done doesn’t convince you I am motivated and know my body, nothing will. I have nothing more to prove. I’m not going to do something just because someone else has decided I ought to. It doesn’t matter who. It doesn’t matter if they have good motivations. Enough is enough. It’s disrespectful and dangerous to continue to tell me what I ought to do in order to fit your definition of independent or ready to go home or willing to learn.

I’m done. You either take me as I am, or you don’t. You either trust my ability as a fellow human being to make my own decisions, or you don’t. You either respect me and my decisions, or you don’t. If everything I’ve done by now doesn’t convince you, nothing I say or do will. So let me learn at my own pace the skills I have decided I need, listen to me rather than trying to find new ways to persuade me why I ought to do as you want, and trust that I have valid reasons for my decisions even if they aren’t the same decisions you would make. Don’t make me tell you this conversation is over, because I will if I have to.

Listening to everyone else over the warnings of my own body is what got me into the hospital. I broke two vertebrae and continued to do physical labor with an unhealed fracture. I went out and did errands with a bad case of pneumonia until I almost passed out. I let people treat me like they always knew better. I ain’t doin’ that again.