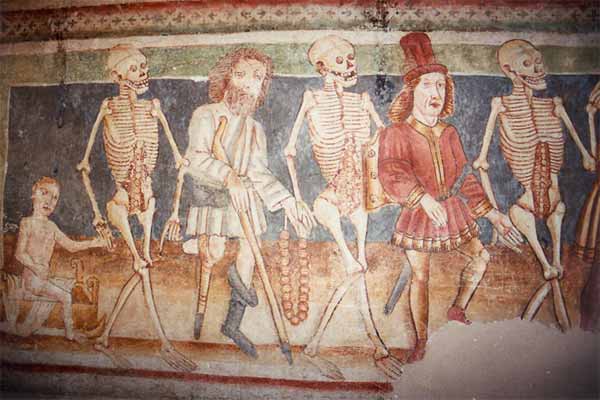 Sorry I can’t write out the lyrics.  Kruschshev must’ve really made an impression on Tony Carey as a kid, he’s always referencing the shoe-pounding incident.  I don’t know if I’ve ever shared my collection of Cold War songs in its entirety or not, but this is one of them.  (The vast majority are by this artist, he did a lot of Cold War inspired work both under his name Tony Carey and his sci-fi/historical dystopian band name Planet P Project which was basically just him with a synth and a lot of time on his hands.)

I find it interesting to hear the perspectives of different people who were there, writing songs about the Cold War during or shortly after the Cold War.  I’m at the tail end of the Cold War generations (I’m about as young as you can get and still have understood what was going on enough to absorb the historical context despite some massive comprehension problems on my part) and this guy is from close to the other end so it kind of bookends things for me.

To me, the end of the world is nuclear war.

It’s taken me time to realize there are other ends.

It’s taken me even longer to convince anyone that nuclear war never stopped being a threat.  I never understood why everyone was so fast to think we were safe when the Cold War ended.

I wonder what Armageddon today’s kids are inheriting.

Understand I didn’t first hear Armageddon in a religious context.  It was another word for nuclear war.  I had no idea it was a religious metaphor or what religion it came from.

So I wonder what Armageddon means to today’s kids.

Does it mean this?

They were beginning to tell us stories like the above when I was a kid, but it was harder to grasp or believe.  Especially since I associated environmentalism with upper-middle-class and rich snobs trying to one-up each other’s status symbols.  So I had an aversion to taking them seriously.

This last song, I take as a call to action, to say, “This will happen if we don’t do something now.

And I can see that.

So I’d remind people that the fact that each of us individually will die does not absolve us of our responsibilities while we are still alive, it only underscores them.  Because there will always be those who come after us.

And I’d remind people that the same is true of us as a species.

It still matters what we do for each other right now, because each of us matters right now.

It still matters what we leave for the next generation, and how hard or easy we make something that will never be easy.

It still matters, even in the event of extinction, what we leave for other life that may come after us.

It still matters what we do now.  Because everything now matters.

It still matters what we do for the future.  Because the future is not just any one of us, and it is not just all of us, it is a whole world, a whole universe, it is things we can’t understand or anticipate, and what we do has an effect and matters to all of that.

It matters because we are all on Julian of Norwich’s hazelnut together — this one tiny fragile nut that we have to take care of because it’s all we’ve got.  And if you think she lived a long time ago in simpler times, a reminder she lived during the frigging Plague in Europe, which sure looked like the end of the world at the time.

And just as death was considered a marker of social equality back in those days, another song from my Cold War collection references nuclear war just before saying “Ashes and diamond, foe and friend, we were all equal in the end.”

I actually love the symbolism of the Danse Macabre, though.  For real.  It says that death is the one thing that happens to every one of us, that makes us all equal.  It’s an art form depicting dead people dancing together, from all walks of life.  The Plague got people thinking that way.  That’s bleak optimism for you.

As far as I knew, growing up, the world ended with a flash.  The only difference you got was whether you were at the center of the flash and died quickly, or a further distance away and died slowly.  On 9/11, I was sure from FBI chatter (and lack of communication device) that I was headed towards the center of the flash.  I was a lot of things, but I wasn’t afraid.  I’d been ready for it my whole life.  It only took minutes to adjust to the “okay it’s finally happened, no time to feel bad about it” mentality.

It took a lot longer to adjust to the reality of what’d actually happened.  But I was baffled by all the people saying “We’re not safe anymore.”  Safe?  Since when were we safe?  Did everyone forget so fast?  And honestly what happened for real was a lot less bad than what I imagined when I heard the snippets like “Plane headed for the Pentagon” and “We think downtown San Jose will be a target, we need to shut down San Jose” and people standing on street corners waving newspapers with “ATTACK ON AMERICA” in giant letters.

I mean — there was no context for planes flying into buildings, and anyone old enough to be reared on Cold War propaganda and unable to get access to the real news was gonna come to one conclusion.  My dad was coming out of an isolated part of the Sierra Nevadas and came to the same exact conclusion when the planes stopped flying over (he memorized plane routes and used them to help orient to both time and locations) and he could only get patriotic music on the radio.

And now we’re facing so many different ends.

As for despair, this is worth keeping in mind:

It is not despair, for despair is only for those who see the end beyond all doubt. We do not. Gandalf the Grey, J.R.R. Tolkien, The Fellowship of the Ring

I know I’ve said all this before.  But some things are worth repeating.  And the memory of the Cold War seems worth keeping alive.  Different eras in history shape not just big forces in the world, but also the lives and beliefs and perspectives of small people everywhere.  And those lives and beliefs and perspectives and memories are, each one of them, vitally important.  They are what history is really made of — each one of us, not a single one invisible — and why history matters.